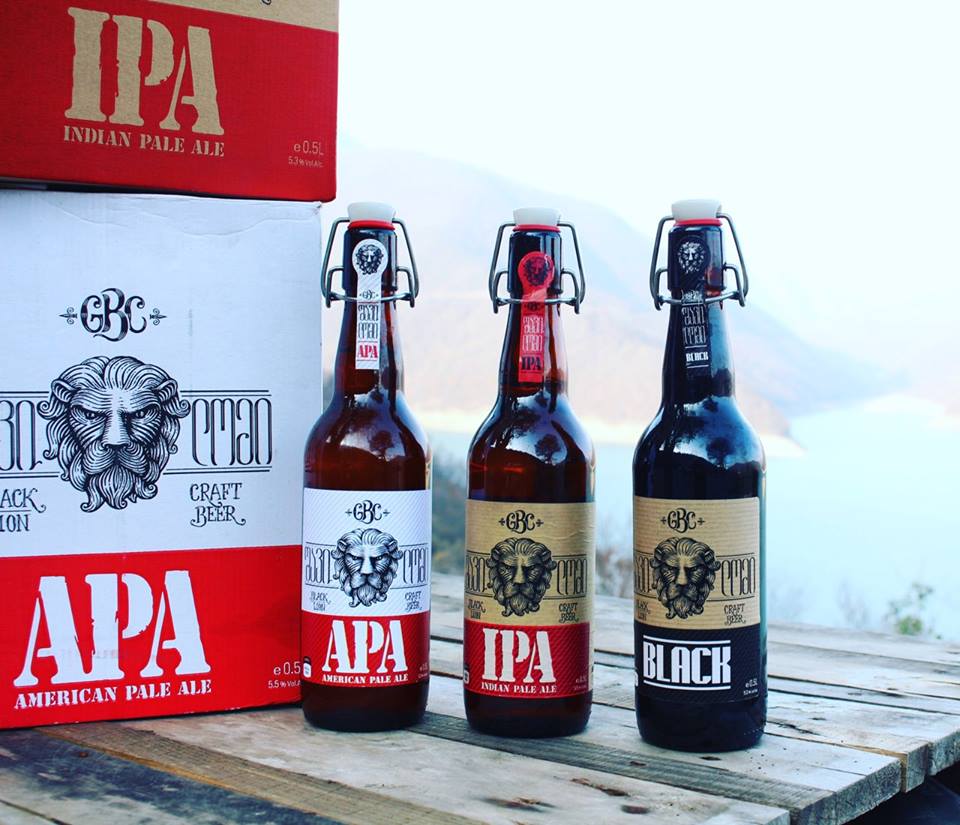 I haven’t been around long enough to know how much it’s changed, but I’ve heard from a lot of sources that even as late as 2016/2017 there wasn’t much of a craft beer scene here in Georgia/Tbilisi aside from the Euro-style brewpubs. It seems my timing was spot-on, then, since craft beer is definitely a thing here now. It’s still not operating at anything like the scale you see in the U.S or other countries where the revolution has taken firm root, but at the very least there are a lot of very palatable alternatives to the local macros and wines. I’ll be doing detailed write-ups of each place as I visit.

Let’s start with the big picture and gradually zoom in, then: what’s the overall Georgian beer scene like in 2019?

Georgia isn’t a big country, but that doesn’t stop them from having big breweries that make cheap beer. This is basically what you’d find in any other country: light lagers and pilsners without a huge flavor profile. The most ubiquitous are Natakhtari, Argo, Icy, Kayak, and a few others. Nothing really to write home about, but not the worst national beer brands I’ve come across. I especially like that Argo has nice label design and three different types of beers—all fairly decent.

It’s not exactly craft beer, but there are a whole bunch of these places scattered around. If you know names like Weihanstephaner, Paulaner, Warsteiner, Staropromen, Hofbrauhaus, et cetera, you’ll definitely recognize these when you see them. I think some of them may brew their beer in-house or locally, but it’ll be generally the same as what you know from the brand. These places are usually a little more expensive than your standard Georgian restaurant and offer some local dishes alongside food from whatever country the beer is from. There are also some that I’m pretty sure are fairly local to Georgia, like Bernard.

I like these places well enough: they’re easy to find and pretty high-quality. I especially appreciate the ones that offer more than just “light” and “dark” beer (Weihanstephaner, in particular, has the Vitus, which is delicious).

Here’s where things get good: craft beer has hit Georgia and the trend seems to be growing. New breweries are opening, more bars are carrying the beers, and distribution deals with supermarkets and convenience stores are slowly putting the beers beside the bigger names. The quality is pretty high, but there’s not a ton of variety yet; they’re still working on getting the terms “IPA,” “Pale Ale,” and “Stout” into the Georgian beer vocabulary, so there’s not a lot of room to get really crazy with the flavors. That said, every now and then I come across something fun (a citrus, a sour, a chocolate…), so there’s definitely room for some expansion.

Black Lion (Shavi Lomi) is the one you’ll come across most often. They’ve only got two actual locations (a restaurant around the Marjanishvili area and a bar in Saburtalo), but their large swing-top bottles have become a staple at any vaguely hip restaurant or bar. You’ll typically have a choice between an IPA, APA, Hoppy Pilsner, or Black style, and they’re all fairly good!

These guys have a brewery/taproom in the far south of Tbilisi, and their beer is distributed here and there in Georgia, though it’s hard to find in stores. They seem to be growing, though, and are even distributing internationally. Everything I’ve had from them is good, especially the GIPA (Georgian-style IPA), and since I’m visiting their brewery soon, I’ll do a full write-up of them later.

One of the biggest craft beer bars in Tbilisi is 9 Mta (which means “9 mountains” in Georgian). They stock a wide variety of craft beers (though they can get a little pricy), both Georgian and imported. They also brew their own—I think they have a hoppy lager, a pale ale, a red ale, and an IPA, which you can find in their bar and in a few stores (I think Goodwill carries them).

I can’t say much about this place yet, since they don’t seem to distribute their beer outside their brewery/restaurant and I haven’t visited yet (they’re located rather far out from the downtown). They also claim to be the first craft brewery in Georgia!

Their website says they were founded by former mining engineers. No word on whether their brewery is actually located underground, but their beers look pretty good! I don’t believe they have a taproom, but if you follow them on social media you can find out which bars carry them.

Residing in the northern suburbs of Tbilisi, this brewpub is generally well-reviewed and brews a pretty high-quality selection of beers, though you’ll have to visit to try them—I haven’t seen any of their brews anywhere else.

This is just the beginning

It’s only been a few years since the first craft brewery in Georgia appeared at this point, and there are already four or five respectable names in the business—that’s a pretty good rate of growth for a country/economy of this size. We can probably expect at least a few more to pop up in the near future, and I’ll do my best to cover them all! It’s actually rather difficult to find comprehensive info about Georgian craft beer on the internet (at least in English), and that’s a niche I’ll gladly slip into.

Visas and visa exemptions in Georgia (the country)