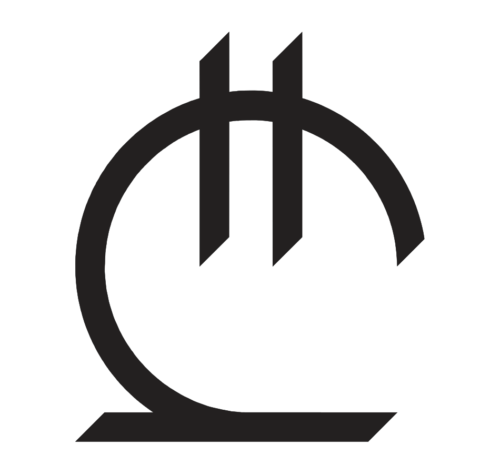 Characteristic of Georgia (the country, which I feel like will be an important word to include for search engines that would otherwise return a million results relevant to the state), there’s really not much red tape in your way if you want to get a bank account. That might not be true for all nationalities, but Georgia gives out one-year stays visa-free to citizens of 95 different countries so I’d assume if you’re from one of those you’re probably eligible for a bank account, and they really don’t ask for much more than your passport, a phone number, and a few forms. I walked into a bank in Tbilisi, told them I wanted an account, and got a basic multi-currency (lari, USD, and euros) account with no hassle at all.

If you’re going to be here in Georgia the country for longer than a few weeks, you’ll probably have to pay bills or something at some point. Of course, doing that in cash really is not an issue since there are these highly awesome bill-pay kiosks everywhere (I’ll do a piece about them later), but you could also just do it from your smartphone, so the convenience is real. It also helps with things like paying rent and sometimes you can even get discounts if you pay with certain bank cards (A concert I’m going to is offering 10% off if you pay with TBC, which is pretty nice!). You might also run into the occasional issue with using your foreign cards (USA2Georgia, oddly, couldn’t process any of my American credit/debit cards), so having a local card is great for that.

So it’s not really necessary, but if you can get it you might as well—who wants to meet their landlord every month to hand over large denominations of US cash?

I did a little Googling and looking at expat groups to figure out which bank most people agreed was best, but it seems that opinions tend to shift back and forth over time. There’s really no debate over which two reign supreme, though: Bank of Georgia and TBC Bank. Both of these are large, reliable, and listed on the London Stock Exchange.

I saw a lot of positive feedback about TBC—supposedly they have more branches and their mobile app is better. Bonus: they have a nice blue color scheme—this bank isn’t taking any risks with their colors, which bolsters a nice sense of false confidence that they also won’t take risks with your money.

But people have been mentioning poor customer service and some issues with moving money around recently, so TBC might be losing their edge a bit. Bank of Georgia also has “Express Bank” now, apparently, meaning they probably have about as many branches as TBC, and their online infrastructure has reportedly been improving. I was also advised by a Georgian guy that Bank of Georgia’s fees are cheaper—i.e., they don’t charge you much for doing stuff with them.

You can get an updated list of TBC’s fees on their site. I paid 20 lari for account opening, and it’ll be 0.9 a month (that’s almost nothing) for maintenance. There are other fees for certain types of bank transfers and international transactions and stuff, so do your homework before using, I guess.

On the other hand, I’m really not a fan of Bank of Georgia’s current website (or their orange color scheme), and the TBC head office was in an area where I was headed anyway, so I went with that one. I’m pretty much just using this account for paying bills, so I figured a nice web interface would be good to have—and now that I’m using it, I can report that it is indeed pretty good.

Update: Since opening my TBC account a few other perks of Bank of Georgia have come to light via some Facebook discussions:

I’m actually considering making the switch to BoG now; the perks are relatively minor, but being able to deposit cash via the bill pay machines any time rather than showing up at a bank branch is pretty nice. I’ll update with a comparison if I do make the change.

You could also go with Liberty Bank, Basis Bank, or any other one that pops up, but when I’m a foreigner in a country I prefer to go with the tried-and-true options. I looked at those options anyway, but they weren’t spoken of particularly favorably.

How I opened my account (your mileage may vary)

The TBC Bank Tbilisi head office is in Marjanishvili, just a few minutes’ walk from the subway stop. I’m sure any other branch would do just fine, but I figured the head office would be best equipped to deal with foreigners opening accounts. It’s a little hard to find the place since it’s not really well-marked on the ground floor. It’s an old building and the entrance is a big a wooden door on the corner—the Google Maps location is correct, so you can just go off of that.

Once you get inside the building, you might start wondering where the bank is. There’s really just a big room with a few people in it—it doesn’t look much like your classic institution of financial excellence. Rest assured: the two people behind the desk are not the full staff complement of TBC bank’s Tbilisi HQ. You’ll actually have to walk past the desk towards the convex glass doors that lead into a tube that looks a bit like a TSA scanner (something like the picture above). Press the button on the outside, step into the chamber, and wait for the door on the other side to open. The process is a bit like an airlock, but I imagine that instead of retaining oxygen these doors are designed to prevent the escape of cash. These doors have been in every Georgian bank I’ve visited so far (only a few at this point). Sometimes they’re in operation, sometimes they’re all just open and you can walk on through.  I later learned these doors are a type of “mantrap,” which sounds ominous, but really just acts as a form of access control.

After you make it through these mantraps (now that I know they’re called that I’m not going to stop), someone will probably be standing by the little machine that dispenses tickets and will help you find the right place to go for account opening. You need your passport, a Georgian phone number, and an opening deposit of 20 lari cash (I believe this pays for opening your account and issuing you a debit card)—that’s it. The person assigned to help you will work on their computer while you wait. They’ll occasionally give you documents (not too many) that you fill in and sign, but other than that pretty much all you do is hang out on your smartphone while they make things happen. It took a while for me—probably around 30-45 minutes, but I got it open.

After this step is finished, you have to choose whether you want a card with your name on it or a card without your name. If you choose to get it without your name, you can take it home that day—but you won’t be able to use it for international/online purchases. At least, I think that’s the big limitation. It’s probably wiser to go for the card that has your name on it, in which case you’ll be able to pick it up at the same branch where you opened your account 24 hours later.

Last, but not least, you have to pay your opening/card fee. This actually was pretty confusing for me, since apparently you have to go back to the machine that dispenses tickets and get a new number because you have to go to a new window to pay the fee. Or maybe you don’t? This is where communication broke down for me a little bit. Just make sure the representative helping you open your account points you in exactly the right direction so you don’t look like a clueless foreigner the way I did.

That should wrap it up for that day! Head over to Fabrika and chill—you’ve earned it. You just have to go back the next day and grab your card. That shouldn’t be too hard, as long as you don’t run into any of the same issues I did.

Ideally, you’ll show up, get a ticket, go to a window to collect your card, and receive a text message on your phone with your PIN. You can just stick your card in any of the bank’s ATMs and enter this PIN to activate the card. You can then change the PIN to whatever you want. That’s it! No problem.

Unfortunately, there was some kind of an issue with the bank authorizing my phone number, so I never got this PIN text. I mistakenly thought another text from the bank contained my PIN (to be fair, it had a sequence of four numbers in it!), so I entered that in the ATM twice, which got my card locked before I even activated it. Luckily I hadn’t gone too far, so I just turned around, went back to the bank, and got someone to help me, which it turned out was the right move, but it was about an hour-long process—not a lot of fun.

Eventually, though, I got my card unlocked and activated in an ATM, signed up for online and mobile banking (it’s really easy with TBC; they have a great interface), and went on my merry way. Moral of the story: double-check that your text message actually contains a PIN. If it doesn’t go back inside and tell them you didn’t get the text.

You might have a better way to fund your account, but when I need to put money in it I just withdraw USD or lari from an ATM outside a bank, walk in, and make a deposit. I think you may be able to deposit using the bill-pay terminals as well, but I tried and it wouldn’t let me sign in. It might have been me doing something wrong or the terminal on the fritz, but depositing with a teller is just a few minutes anyway. Bring your passport and debit card—they’ll need those.

Once you’ve got money in the account, the Georgian financial system is your oyster! Paying bills online is pretty intuitive, bank transfers are a piece of cake, and you can even convert between USD, GEL, and euros as you please (though I’m not sure if the exchange rates are great; you might be better off taking out cash and going to a money exchange where they have good rates, like on Kazbegi Avenue in Saburtalo). If you can use a bank account in your home country, you’re probably smart enough to figure out a Georgian account on your own. Go do that.

Short version for the lazy: