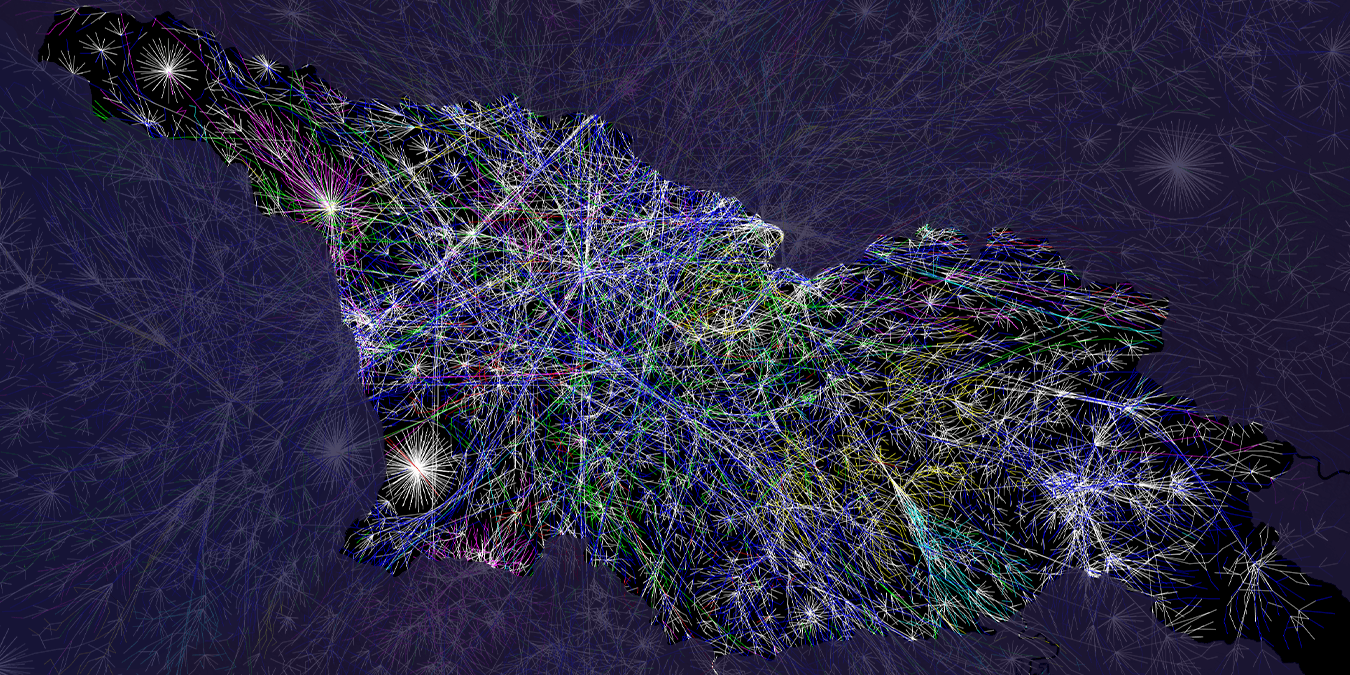 You won’t need to worry about staying connected in Georgia: mobile data is cheap and fast here, and I’ve found the internet to be pretty much the same, though both may vary by area. Admittedly, my personal experience is fairly limited, as I live in an area of Tbilisi with a good internet connection and have only ever used one internet and one mobile provider, but I’ve picked up the general vibe from the online chatter and people I’ve met here. Bottom line: you probably won’t get a gigabit connection here, but, having had one of those myself, I don’t really notice the difference 99% of the time.

I think there are some others, but the two big ISPs, at least in Tbilisi, are Magti and Silknet. I’ve heard that Magti is better, but Silknet came with my apartment and I haven’t had any issues there. If you check out both of their packages, they’re pretty much identical: they offer speeds from 20-100 Mbps for 1-1.5 lari per megabit. 20 Mbps is pretty fair for a lot of places in the US–my family’s breaks 5 on a good day, and they pay a lot more than $6 USD for it.

Overall, I haven’t heard any complaints about reliability, and I haven’t experienced any major interruptions either. I have the 50 Mbps package from Silknet, and it’s blinked once or twice, but no outages. I had pretty much weekly outages in Chiang Mai, so this is quite an improvement. Speeds are as promised, and I pay 50 GEL (15-17 USD) a month, so I’m pretty happy with the situation.

You’ll definitely get decent internet in Tbilisi, but depending on the neighborhood it could be either awesome fiber or just okay DSL/cable. As a general rule, the newer the neighborhood is the better the internet will be, and likewise for the inverse. Saburtalo and Vake, for example, are large, newer neighborhoods where you’ll get good speeds. Dzveli (old) Tbilisi, Avlabari, and other older areas might not have the latest and greatest speeds yet. This will probably change in the future, so if having more than 10-20 up/down is important to you, keep an eye on the social buzz—or join in and ask for yourself; the Georgian Wanderers group is pretty civil and well-moderated and you’ll probably get helpful answers.

I can’t really speak to getting your internet set up or installed, but, from what I can tell, it’s pretty common for apartments here to be prewired, meaning all you’ll have to do is sign up with a company, possibly get a technician out to your place, and start paying your bills. Their sites are all multilingual and pretty easy to navigate, which may bode well for their customer service. Again, no personal experience—mine comes with my apartment.

Internet outside of Tbilisi

I don’t have a ton of personal experience with connections outside of Tbilisi, but according to the companies’ sites, it seems that they offer this full range of speeds via fiber optic to quite a few cities and towns across Georgia. The Georgian National Communications Commission reports [PDF, page 33 for relevant info] that there were about 800,000 fixed broadband subscribers in Georgia as of 2017, which means about 70% of Georgian households have access. 31% of fiber users were in Tbilisi, Batumi, Rustavi, and Kutaisi, though, so outside those cities you may encounter more DSL, cable, and satellite. That report has lots more interesting information about the internet in Georgia, so if you nerd out about that sort of thing it’s worth a look.

Data is nice and cheap in Georgia. Maybe not the cheapest in the world, but close enough. Right now (August 2019) I’m paying around $4 USD (12GEL) a month for 5GB of 4G, but I actually have about 18GB left on my balance since I bought 20GB for $10 (30GEL) the first time. Just top up a bit every month and your leftover data will roll over. I keep a cushion in case I need to do some serious tethering at some point.

Texting and calling, if you still do those things, are equally cheap. I topped up 10 lari ($3 USD) when I arrived and haven’t run out yet.

There are three main mobile providers in Georgia: Magti, Geocell, and Beeline. In Tbilisi, they’re all basically the same, but as you get further out you may run into dead zones more often with some providers than with others. Or so I’ve heard—I have 0 data that confirms this rumor. Here’s the general impression I’ve gotten, with no guarantees that it’s actually correct:

I personally went with Magti since the price difference is tiny and they have the best reputation, but their plans aren’t very flexible. They jump straight from 5 to 20 GB—why no middle ground? I’ve been able to get around that by initially getting 20 and then dropping to 5, but that’s a bit of a hassle. Geocell and Beeline have more packages to choose from, and I haven’t really heard complaints from the people I know who use them.

All these companies have offices on Rustaveli and the staff are pretty helpful—the person who helped us spoke pretty fluent English, even. I definitely recommend going to one of those rather than picking up the airport sim, as that’s a pretty serious ripoff. Yes, it’s cheap compared to most other countries, but the prices I saw there (in May 2019) were 2-3x what you’d pay at the shops in the city. The Georgian friend my wife and I made on the plane straight-up refused to allow us to get one of those and got us to share a taxi into town with him so he could personally show us where to get a better deal (yep, a shop on Rustaveli).

That said, the taxis when you leave the airport are also a bit of a ripoff, which is why you may actually want to pick up an airport sim, load it with the minimum possible data plan (just a few lari), and use a taxi-hailing app (Bolt, Yandex, Maxim, GG) to get a cab to the center, where you can then get a better deal on the data you’ll actually use the whole time you’re here. If you’d prefer to take your chances with the taxi drivers, I’ve been told not to give up more than 30-40 lari for a ride to the center. It’s a little extra hassle, but could save you some cash if you’re not in the mood to negotiate with a taxi.

Notes on connectivity in Georgia/Tbilisi