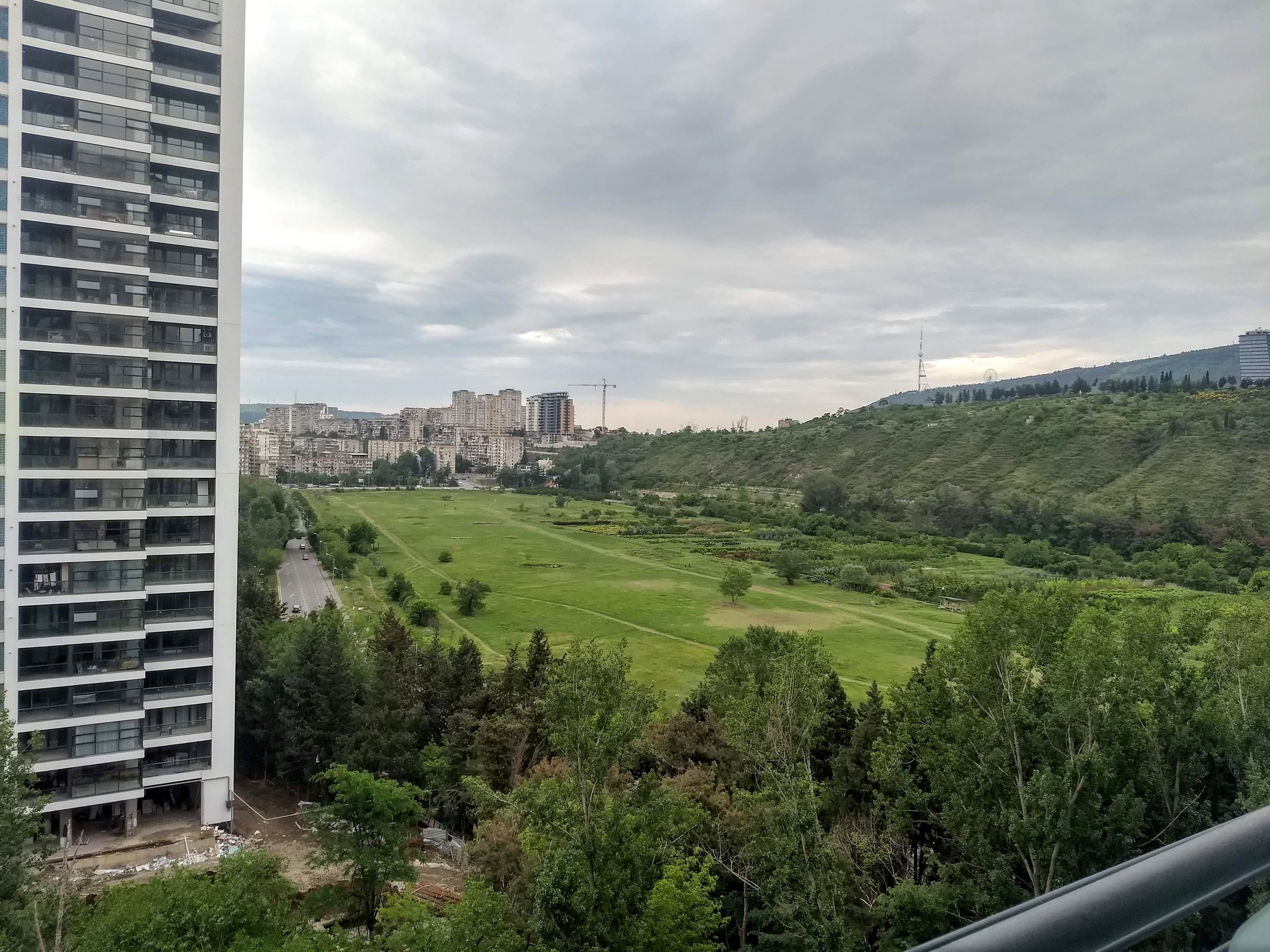 Unless you’ve got unlimited money (or enough that it’s not a problem, anyway), you probably want to know how much things cost. That’s fair. So how much does it cost to rent an apartment in Tbilisi in 2019? Not much, actually, especially coming from a higher cost-of-living country, though as with every city, the prices change depending on district, building, amenities, rooms, etc. A good one-bedroom in a decent building in a non-old-Tbilisi area will probably run you $400 USD/1100 GEL a month. Some come a lot cheaper, down to the 200 USD range, while fancier ones routinely get above $500. Your mileage will vary a lot depending on location and features.

As of 2019, Tbilisi is actually cheaper than it was in the past, thanks to a building boom pushing housing supply above current demand. It’s a renters market at the moment, though this may not last.

I should add the disclaimer that my impressions of prices are probably colored by where I was looking and what I was looking for (a new building in Saburtalo, close to parks and a metro, with a decent view and a walkable neighborhood). Additionally, these should generally be thought of as “foreigner prices”—if you’re coming as an online worker or visitor, it’s just harder (not impossible, though) for you to know what is and isn’t a good deal, and you may have standards from your previous country that cost a little more to meet here.

Your language abilities/willingness to hustle are also a factor. If you speak Georgian or Russian, you can probably find better deals than people searching in English, plus you can bargain directly with owners. You can try doing this in English as well, but from what I’ve read, you’ll need some persistence and a willingness to sign a contract that you maybe can’t read. Georgian friends are commonly advised in this case. If you don’t have the language or friends yet and you’re not a fan of cold-calling, you’ll probably be grabbing a listing off of Facebook or from an agent, and those tend to be the higher-value properties with a bit more of a profit margin on them. In general, though, the English-speaking agents in Tbilisi are pretty good—I’ll be writing more about them later.

So the cheapest possible apartment will be an old one on the far end of the metro with basically no amenities and an iffy builder. I haven’t personally seen those advertised, but I’d imagine you could maybe find them for 2-300 (75-110 USD) GEL or less, though you may have to be Georgian.

The most expensive apartments would be something like the King David project—a prestigious builder putting a lot of money into apartments for the city’s elite, running prices into the multiple thousands of USD. Huge, luxurious apartment—but you can probably get a room there for less than your average one-bedroom in San Francisco.

Cut to the chase already, right? The problem is that I’ve mostly assembled numbers for the areas I’m most interested in—especially Saburtalo. I can tell you pretty confidently that a nice one-bedroom in Saburtalo will cost $300-$500, with the $300 being either an old building closer to Medical University or a newer building closer to State University and the $500 being a pretty nice new building basically anywhere you want in Saburtalo. You’ll often see prices in the 6-700 USD range floating around on the Facebook group as well, usually for apartments with multiple floors or some other cool feature.

As for the rest of the city, it’s safe to assume that equivalent apartment quality anywhere near Old Tbilisi or Vake is going to be higher than Saburtalo. You definitely get more apartment for your money in Saburtalo than Sololaki, but you may face a tradeoff in terms of the neighborhood you want. Still, $400 USD will probably get you an apartment anywhere in the city. Quality may vary depending on area (farther from center = higher quality, but less cool stuff around you), but you won’t have to look that hard. Most areas have some extremely cheap apartments on offer if you look for them, though you may have to adjust your expectations downwards if you sink below the $300 USD mark in a lot of places.